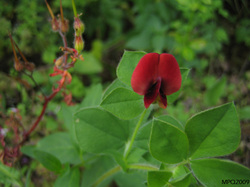 Although the global list of Spanish CWR (CWR Catalogue for European and the Mediterranean, Kell et al., 2005) was already available when the generation of the Spanish Checklist of CWR started, its more than 6500 species made it unmanageable for the generation of the National Inventory of CWR. Therefore, we followed a simplified approach to obtain a list of prioritized CWRs that begun with the prioritization of crops and then the identification of CWRs that relate to these crops.

The baseline list used for generating the National Crop list was the list contained in Annex 1 of the International Treaty on Plant Genetic Resources for Food and Agriculture - ITPGRFA - (FAO, 2001) and to this list, crops included in the Spanish Annuary of Agriculture Statistics (MAGRAMA, 2010) were added. Still additional crops were included due to their inclusion in the Annual Reports of the Community Plant Variety Office in Europe (2010), the lists of the International Union for the protection of new varieties of plants (UPOV) and recommendations of experts in agrobiodiversity. With this information a list of the genera to which these crops belong was obtained. The list was supplemented with associated information to help in the assessment of the value of these crops and the crop prioritization process.

The resulting global crop genera list and associated database can be accessed in the link below.
CROP GENERA DATABASE 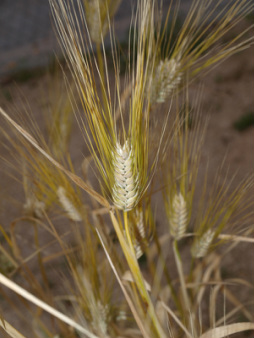 Then, the genus must accomplish with at least one of the following:

a) Be listed in Annex 1 of the ITPGRFA
b) Be listed in the Spanish Annuary of Agricultural Statistics
c) Have at least one registered variety in Spain, as unequivocal sign of economic concern to the country.

Experts from institutions dealing with crop breeding of most important food and fodder & forage crops in Spain were contacted to validate the generated prioritized lists. As a result of this, some additional genera were included following experts’ criteria.

These considerations led to a final list of 61 genera, which were divided into four categories: FOOD, FORAGE & FODDER, ORNAMENTAL and INDUSTRIAL & OTHER USES. 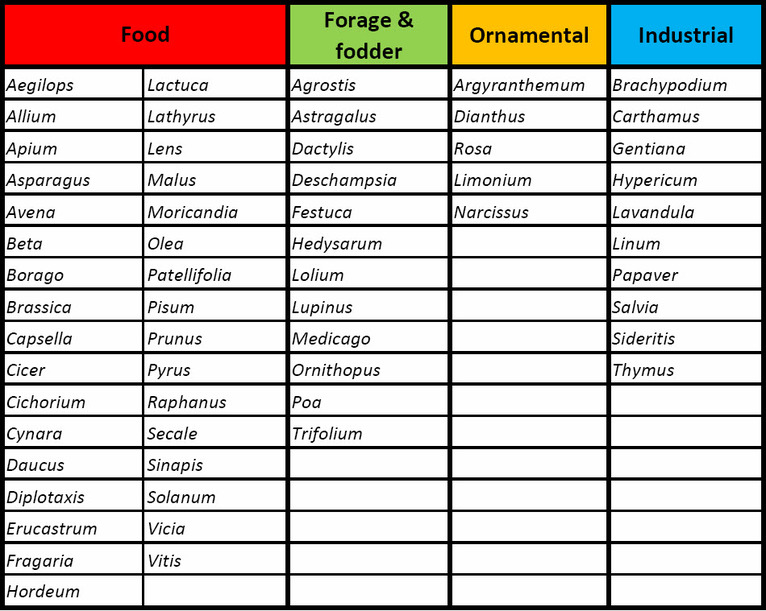 Genera selected classified into the four categories
Food category comprises 33 genera in 13 families; Fodder & forage category encompasses 12 genera in 2 families; Ornamental group holds 5 genera in 5 families and finally the Industrial & other uses category has 10 genera in 7 families. The two families with the greatest number of genera in the list are Fabaceae and Poaceae, with 11 genera each, followed by Brassicaceae with 7 genera.